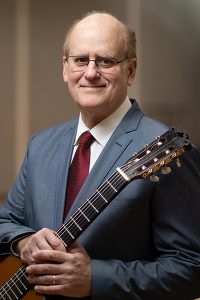 In the lecture, Takemitsu and Piazzolla: Twentieth-Century Master Composers and Innovators, Dr. Jose Lezcano will discuss the unique musical languages, cultural landscapes, and contributions to the classical music world of Japanese composer Toru Takemitsu (1930 – 1996) and Argentine composer Astor Piazzolla (1921 – 1992). As Japan’s foremost composer, Takemitsu expanded the musical language of French composers Claude Debussy and Olivier Messiaen, hybridizing it with the aesthetics of Japanese traditional music and concepts of “ma”—the use of silence and negative space—to create mystical and sublime sound-worlds. In Argentina, Astor Piazzolla transformed the Tango from a moribund national genre, into Nuevo Tango, a sophisticated hybrid incorporating jazz harmonies, Bachian counterpoint, passagework modeled after improvisation (Piazzolla was a virtuoso performer of bandoneon), and European modernism. Dr. Lezcano will illustrate his talk with live performance, including examples from Takemitsu’s “In the Woods” and Piazzolla’s “Ausencias,” for solo guitar, and with recorded excerpts from Takemitsu’s “Towards the Sea,” and Piazzolla’s “History of the Tango,” to be performed by CCMS faculty guitarist David Ross and flutist Erin Dubois in a forthcoming concert at the Concord Community Music School.

Described by Fanfare Magazine as “an excellent guitarist as well as an imaginative composer,” José Manuel Lezcano is Professor Emeritus of Music at Keene State College where he directs the Guitar Orchestra and Latin Ensemble, and teaches guitar and courses in Latin American and Spanish music. This semester he has also served as Distinguished Visiting Professor at the University of Minnesota at Morris.

He is a twice Grammy-nominated composer and performer who has thrilled audiences on four continents. His programs featuring traditional and Latin American repertoire, and his own original compositions have taken him as recitalist, collaborative musician, and concerto soloist from Carnegie Recital Hall and the North-South Consonance Series in New York City to major venues and festivals in Cuba, Spain, Ecuador, Colombia, Peru, Brazil, China, Crete, Trinidad & Tobago, the Czech Republic and Germany. Born in Havana, Cuba in 1960, he earned degrees from Peabody Conservatory (BM), University of South Carolina (MM), and Florida State University (Ph.D. music theory). José has earned numerous awards, including first prize in the MTNA National Guitar Competition, the NH State Arts Council Individual Artist Fellowship, NHMTA Composer of the Year (2002 & 07), KSC Distinguished Research Award, and a Fulbright Award to Ecuador where he performed as orchestral soloist and pursued research on indigenous guitar traditions. Jose’s scholarly publications include Latin American Music Review, Soundboard, and the Latino Encyclopedia. He has lectured throughout the state for the NH Humanities Council on Ecuadorean indigenous guitar traditions, rituals, and mythology, and on the Guitar in Latin America.

In addition to flute and guitar works published by Alry, his catalog includes two double concertos for flute, guitar, and strings (Poemas Concertantes, and Sojourners, published by Cayambis); a Viola Concerto premiered by Brett Deubner and the Astoria Symphony; four song cycles for the Barcelona Festival of Song, Sonata for cello and guitar (recorded by Jose and cellist Rebecca Hartka on the CD Coleurs); and two guitar concertos (Guitar Concerto no. 1, “Ecuadorean Landscapes,” and “Concierto Cubanero” for guitar and chamber orchestra, a work inspired by Cuban dance genres of the golden age). in October 2021, Jose performed as soloist with the Sinfonica Nacional de Colombia in his “Concierto Cubanero.”  www.joselezcano.com

Bach’s Lunch programs are free and open to the public, and take place from 12:10pm to 12:50pm on the first and second Thursdays of each month, November through June, in the Music School’s Recital Hall, 23 Wall Street, downtown Concord — or, in some cases, virtually. Please watch this page or register for details.

This event will be presented live in our Recital Hall. Please RSVP below or call 603-228-1196 to reserve a seat!

Masks are required for all audience members for this event.

The Bach’s Lunch Series is sponsored by The Timothy and Abigail B. Walker Lecture Fund.